by Fougeron Architecture on March 6, 2017

While I am a tried-and-true Northern Californian, my work often brings me to Los Angeles and the neighboring areas. And well, as an architect, I can’t help but notice what’s around me.

Buildings can be useful while still being beautiful.

While in Palm Springs last week, I visited the housing development of Park Imperial South (by Barry Berkus) and The Twin Palms Estate. Built in 1960s, the latter neighborhood features a nice selection of the popular Alexander homes designed by renowned architects Palmer & Krisel. These developments–which were created for the average American, proved to me that you can bring better architecture to the masses. 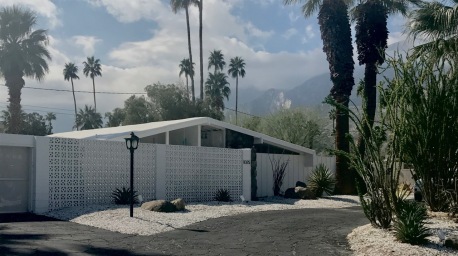 It’s a different kind of modernism than the stand-alone museum or the awe-inspiring stadium. Modernism for the masses sought to connect to the space it was in. The whole site was considered in the planning and the siting of the house. 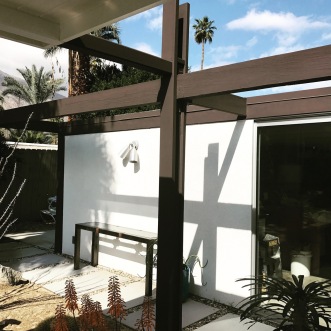 Often homes had large opening to the exterior, natural lighting flooded the common areas. Often every rooms, in fact, had large glass openings (in many cases, the bathrooms had natural ventilations as well). Open plan concept as we now think of it was pioneered by this kind of architecture.

There’s something I admired about these homes, over 50 years later. They were simple, yes but also unfussy and much more appealing than the current massive developments and complexes that have no relationship to the site or the land.