When More is Really Less

The tendency in architecture these days is to go bombastic: think big hair beehives in the 60’s, not to be missed, in your face, flashy and maybe a little tacky….and all under the guise of modernity.

Just like mentioned in the Devil Wears Prada, economics doesn’t trickle down but style does. So when there’s this tendency for grandiose object making architecture by brilliant architects, the aesthetic trickles down to the more common, but the buildings become more desperate. Without the knowledge and context of a season architect, it becomes a hodge-podge of copy and paste. If you can have wood sliding, wood panels, metal and copper, why not add metal screens, glass, tile and stucco?

The facades become only skin-deep, full of materials and not much else. But the good news is, no matter how horrifically a building is, someone will deem it worthy of publication, 15 seconds of fame on the Internet.

Humor aside, it isn’t just the lack of weight and meaning behind the facades. It really is what this represents. The thing here is that these buildings are supposedly modern in form but really there are post-modern in their exterior expression—an attempt to resolve the architecture of the new with the appreciation of the old. The ornamentalism and contradictions of post-modernism cannot co-exist without much education, thought and deliberation. Post-modernism is a beast of rule breaking and remaking. This is the ultimate revenge of post modernism (ugly post modernism, at that), which got shunted by modernism in the 90’s. It has insinuated itself back–behind the scenes– reemerging in the hands of the modernist who are desperately trying to differentiate themselves.

All the glass facades have begun look alike. How many variations on mullions, glass colors and module layout can you do? Is the issue education? How young architects sometimes seem oblivious to any “modern” architecture before 2000? History is a subject no longer taught or in fashion in architectural education. So the newbies to the industry design with panache, unaware that it has all been done before. Worse yet, they design without much reference to the successful buildings of the past. But it’s a hard to slay a beast if you don’t know why you’re fighting it in the first place.

The Amazon by Acronyms

I just came back from a phenomenal trip to Brazil, visiting some of the world’s most unbelievable architecture. But nothing truly compared to the Amazon: fantastic sites, unbelievable nature and no cell-phone reception! But we don’t all have the luxury of wistfully dreaming of the Amazon (or reading someone’s 1,000 word blog post), so I bring you the abridged version.

The Amazon covers 40% of South America (including 8 different countries), it’s 20km across at its widest and it’s been around for over 10 million years.

FYI: There aren’t many animals and there are a lot of hiding places.

Don’t go to the Amazon for exotic wildlife. Movie depictions tend to romanticize this area, which is more overgrown with monkeys and bird populations than jaguars and anacondas.

OMG: It hasn’t always been the green heart of the world.

Scientists have now found evidence that humans occupied this area for thousands of years till the 15th century (the Amazon was previously considered “unlivable” by scientists). Estimates show that there were over 15 million people living in the Amazon at one time. And human cultivation—that’s what made the land so fertile. The astounding conclusion is that it is a man-made product. 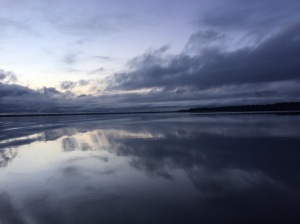 BTW: It’s not one climate.

It’s easy to imagine the Amazon as humid, unbearably hot and wet. In truth, there’s a dry and wet season for the Amazon and the amount of rainfall varies from location. There’s a lot more rainfall in areas closer to Peru while Manaus in Brazil is known for its dry season.

P.S. Ever heard of El Tunchi?

He’s known as an evil spirit that haunts the jungle, terrorizing (and eventually hypnotizing) humans who disrespect the environment. He lures people with an eerie whistling sound. Legend is, if you hear the whistling, do everything in your power to not respond to his whistle—or it will be the last thing you do.