Procrastination in the City (part 1)

by Fougeron Architecture on April 2, 2012 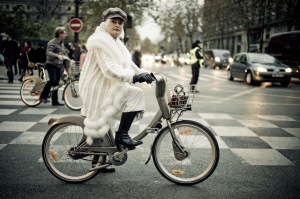 (Upon completing this entry, my daughter informed me that 900 words was far too long for one blog post. She then informed me she was “unaware that my mother was a woman of so many words.”)

If there’s one thing I love best about the Internet – it’s that there is no off switch. During bouts of insomnia, caused by stress or jetlag or that second Martini during dinner, I can access the whole world. There’s a different aesthetic to the kind of learning I do at 3am. More recently, I’ve become entrenched in the world of digressionary architecture research. I find myself reading blogs on Victorian architecture or tracking new projects in Australia.

One of my favorite discoveries came from a recent business trip to France, where I watched this video at 4:30am,“Thinking Cities, Networked Society.” If you are up in the middle of the night (or using my blog to procrastinate responding to emails) – you should check it out.  The video discusses rise in prominence of cities in present society and their unstoppable growth. The factoids make good dinner party conservation but they’re also astounding! 52% of the world lives in urban centers and it is estimated that by 2050, over six billion people will live in cities. The video really drives home that cities are now an incredibly powerful political force. It quickly becomes clear that the power and success of an ever-growing city rests in the hands of city governance and mayors.

Later that morning, when I could no longer justify staying on my laptop, I walked around the city. And as I was surrounded by a scale of capital improvements that is currently unparalleled in the US, I started to think that Paris’s mayor, Bertrand Delanoë, is really one of the most powerful people in France.

There were new not only dozens of new bike rental stations, Velibs, (link) stations being built but also hundreds of new bike lanes. New parks were being integrated into communities, buildings were being remodeled in every neighborhood. And it’s not only that things are being rebuilt or remolded but completely reconsidered. It is a city that knows that for architecture to be successful and sustainable it has to be able to serve modern society.

Tags: architecture, paris, youtube
From: Uncategorized
← Preface to my Monograph
In memory of Peter Mackenzie →
No comments yet